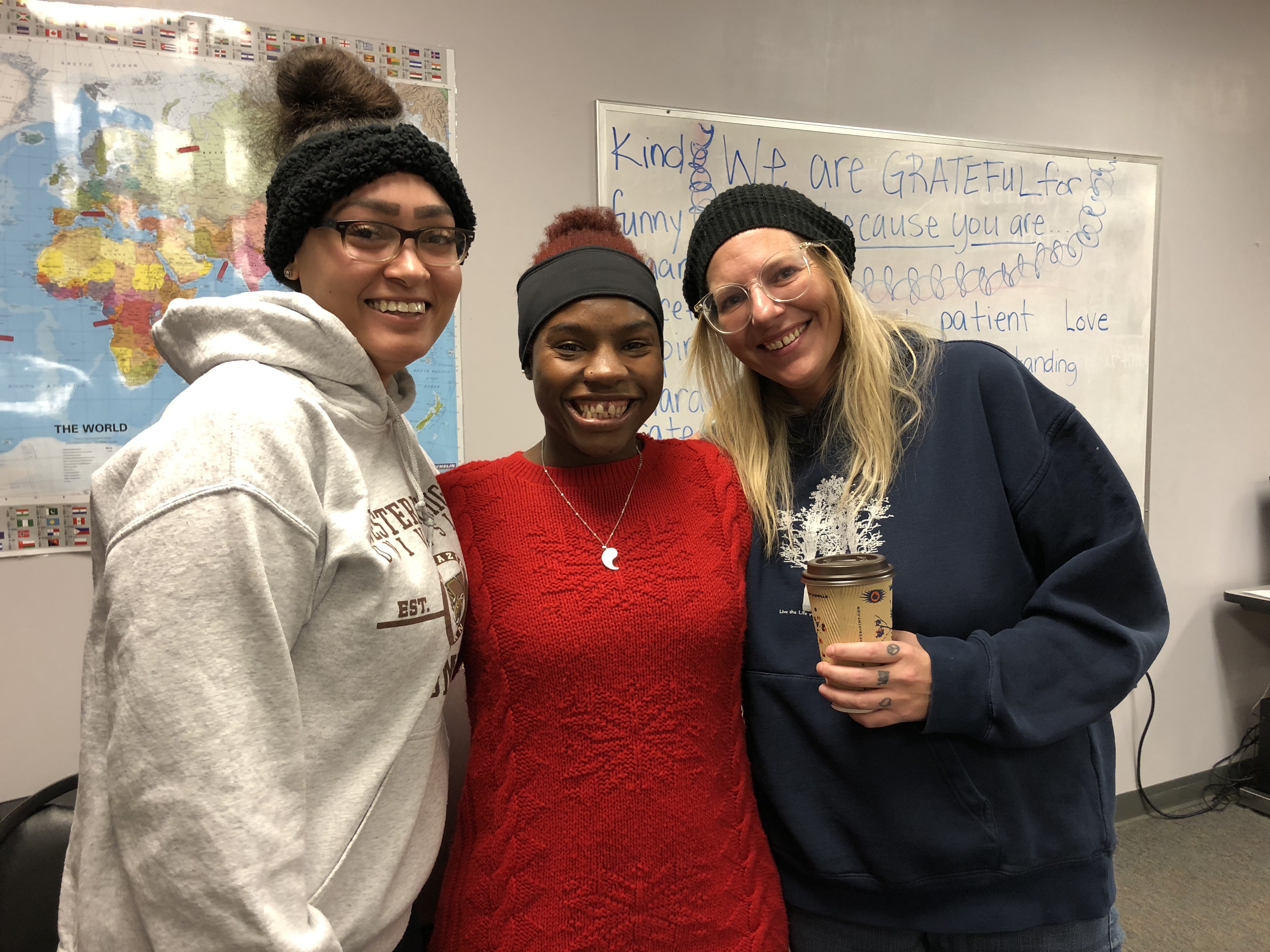 In January of 2019, Grace began coming to The Reading Center at Goodwill after working one-on-one with a tutor. She wanted to improve her literacy skills and to eventually obtain her GED. Grace also had goals of  improving her self-confidence, increasing her ability to be independent, and to become more aware of what being healthy means. Though she has faced obstacles, Grace has worked vigorously to achieve these goals and has maintained a positive attitude.

When Grace started, she was very unsure of herself and lacked confidence, but despite the hard work ahead of her, Grace embraced every suggestion—and continues to do so. She never gave up; even if it takes her four or five times to understand something, she does it. Her dedication to her schoolwork has absolutely inspired other learners, as well. She has gained confidence and has been able to connect with others in the class and make friends.

One of the best moments, so far, was the first day that Grace read out loud in class. Before that, Grace would never read out loud. One day we were reading an article, Grace picked up after one of our tutors stopped reading, and she read a short paragraph. Everyone immediately praised her. Now, Grace reads out loud in every class and participates in class discussions. Not only has her confidence in her reading greatly improved, but also her confidence in herself and her opinions.

Grace has found new interests and she uses the library to get books about these subjects. She jokes around with others in class and is invested in their lives, as they are in hers. She has learned new bus routes so she can do things in the community. She supports her classmates outside of the classroom; she went to a Special Olympics event and the Recovery Fair to support another learner.

Grace has received a promotion at work and is advocating for herself. She is working on moving her schedule to daytime hours, as she works overnight now. This has made her studies difficult because she gets little sleep before class, but this has not stopped her efforts! She knew that her hours may be a problem, and she made a plan to fix it. Again, she was empowered to advocate for herself. We are working together now to set up her 401K, as she told me she wants to make sure she can take care of herself when she retires.

Grace has made great advances in her ability to live a healthy lifestyle. We have worked to teach Grace the difference  between being skinny and being healthy. She completed the summer Supplemental Nutrition Assistance Program (SNAP) and at the end of this program, Grace gave a presentation with another learner about what they had learned, and she did great! She spoke in front of people she does not know. Also, she has obtained a membership to the YMCA, makes meal plans, and is cooking a lot at home.

Grace has come so far since January, and I know she will exceed even her own expectations. She is open to new ideas and has so many of her own. Books used to intimidate her, but now reading is a challenge she welcomes. There is no one I know more deserving of being honored with the Mard Little Award for Adult Learner Excellence, than Grace, and I am so pleased for her!